The S model gets some improvements. Two-piece front spoiler and a rear tailgate spoiler.

Ford launched a scheme called 'series X'. Designed around the 3000S which had an engine upgrade to 175bhp, triple Weber carbs, larger inlet and exhaust valves, electric fuel pump sending the Capri x-pack to 130mph and 0 - 60 in 7.4 seconds. Price was £9625. 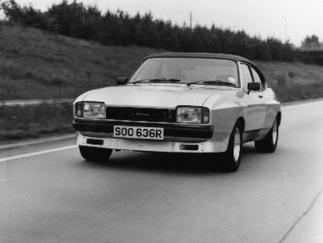 Production of the Capri Mk2 ends.

We are located at:

Get social with us.

Print | Sitemap
totally committed to the cause
Login